Long before internet memes, there was Morris The Cat, the advertising mascot for 9Lives brand cat food, appearing on its packaging and in many of its TV commercials since the 1970s. This particular appearance was on a 1986 calendar titled “Morris, A Cat For Our Times” that featured several pieces of then modern technology. 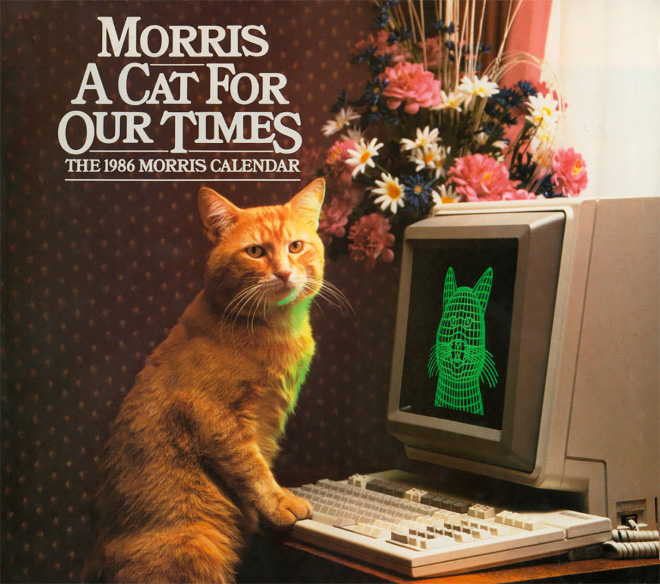 The whole deal of Morris was that he was eating only 9Lives cat food and making this preference clear with humorously sardonic voice-over comments when offered other brands. While the original Morris was discovered in 1968 at Chicago-area animal shelter, over the years three different chubby ginger cats played Morris. All cats to play Morris have been rescue animals, either from an animal shelter or a cat rescue. You can find out more about Morris on his Wikipedia page, but meanwhile enjoy this very 1980s calendar. 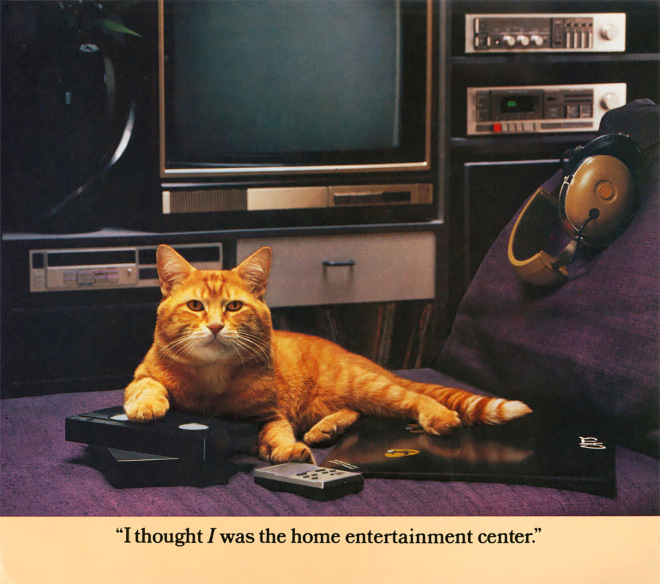 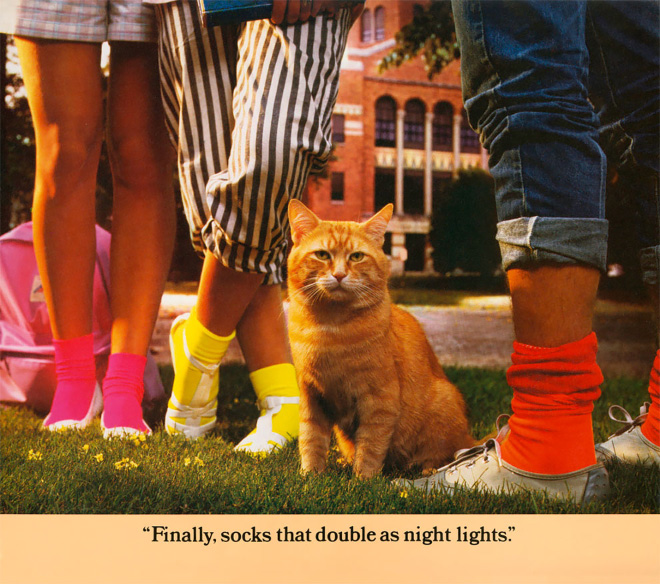 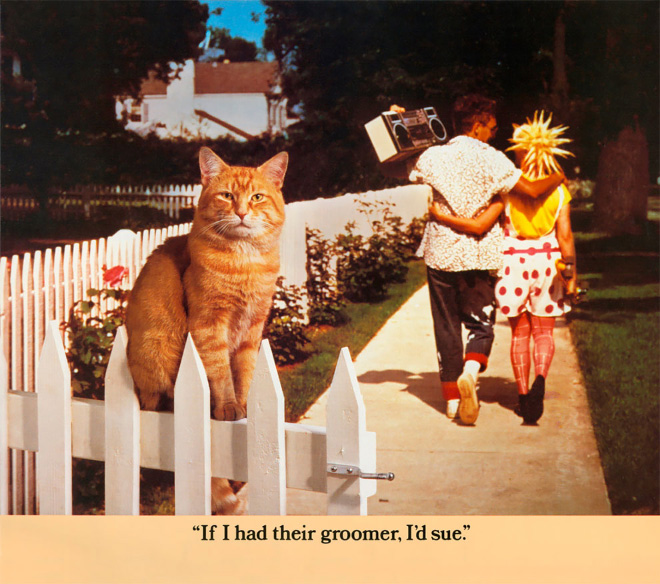 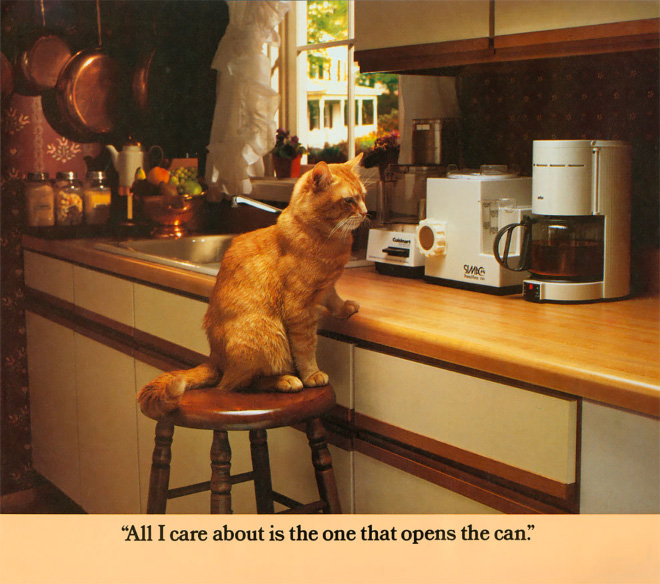 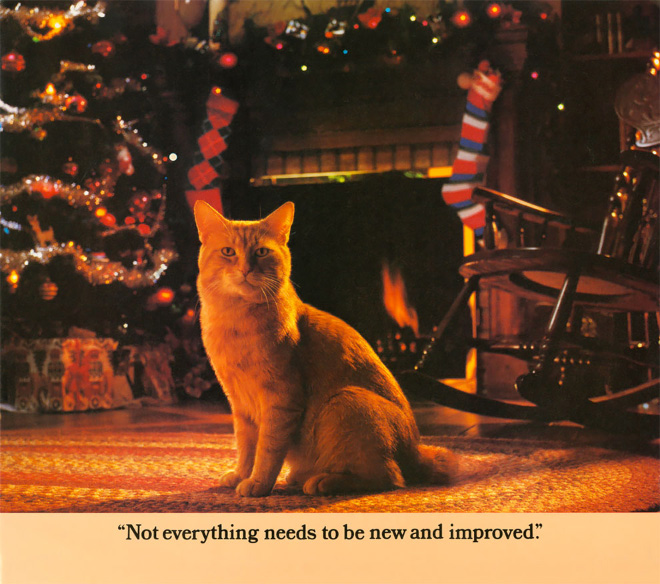 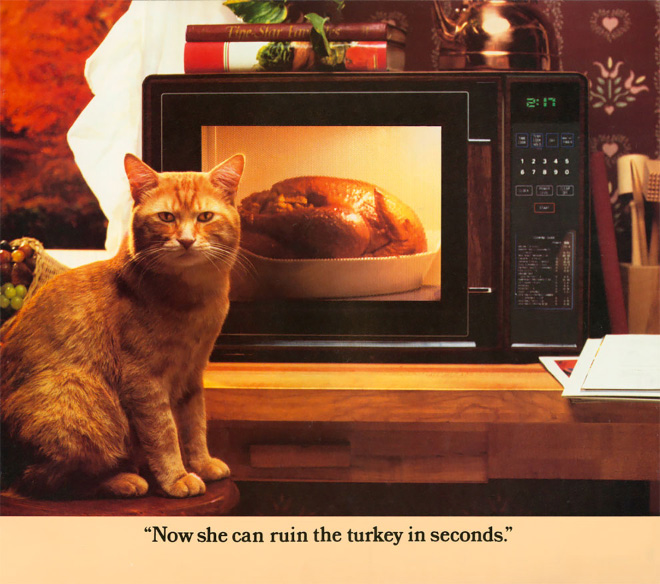 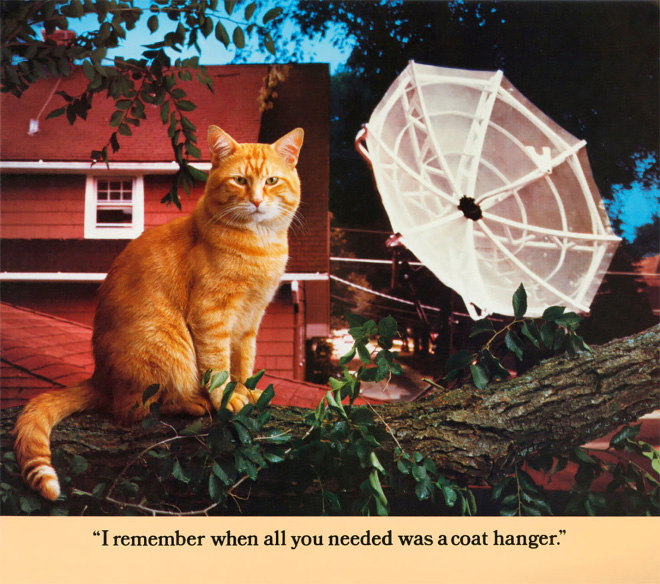 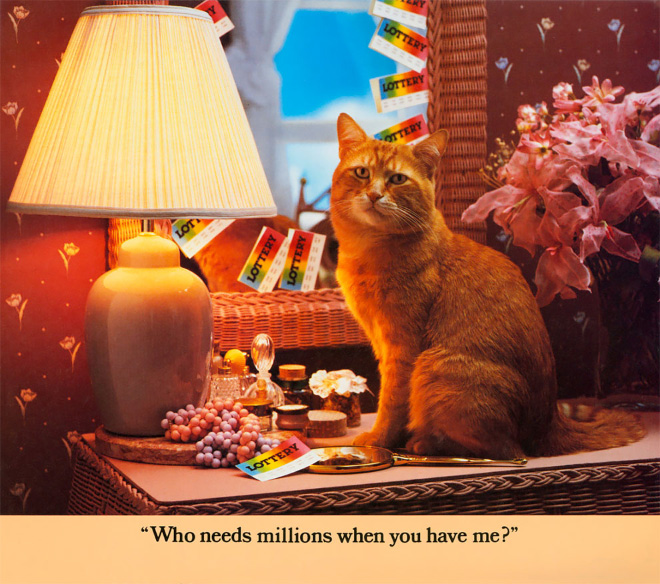 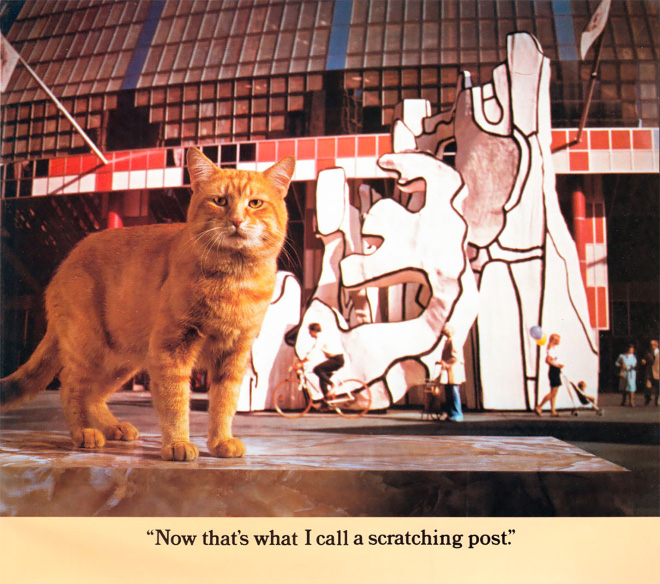 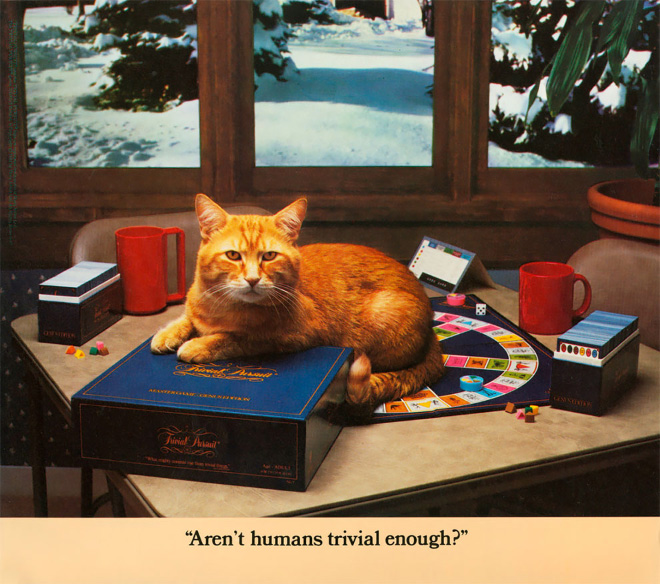 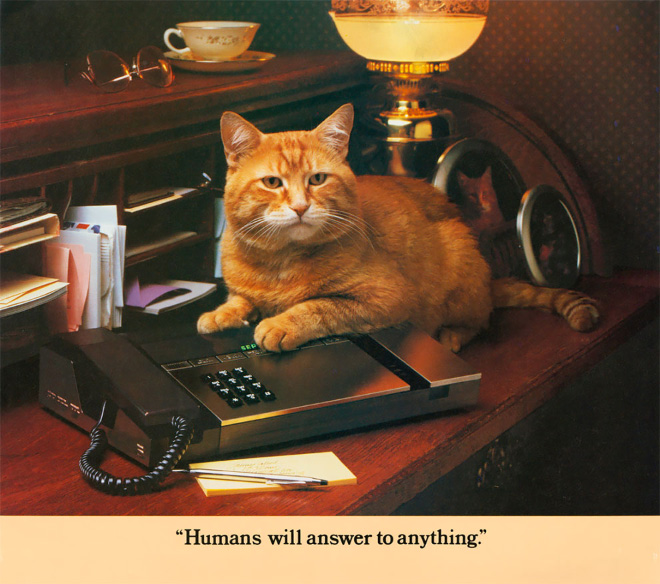 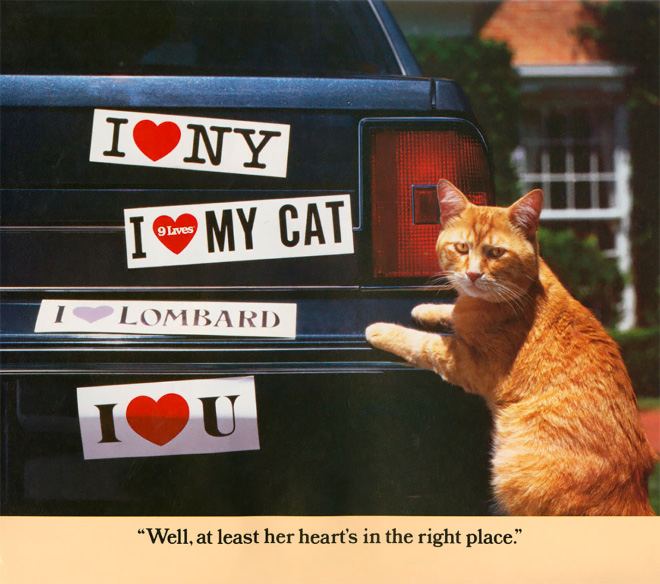