This ridiculous picture can’t help but make you laugh. In 1663, the partial fossilised skeleton of a woolly rhinoceros was discovered in Germany… which ultimately led to the creature you see below. This is the “Magdeburg Unicorn”, the worst fossil reconstruction in human history. 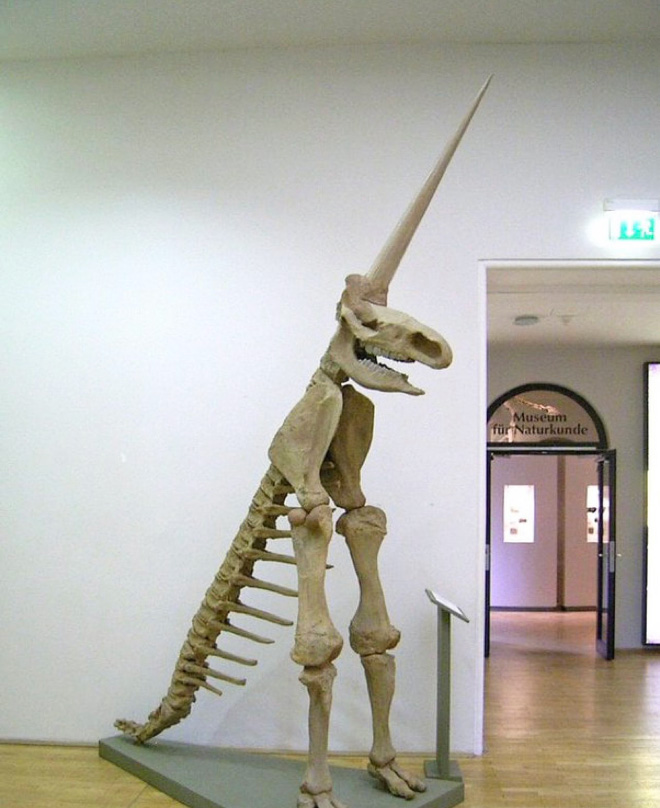 Prussian scientist Otto von Geuricke is the man behind this ridiculous display of bones. In 1663, he found some bone remains of a woolly rhinoceros, a now-extinct species that once roamed over much of northern Eurasia, until the end of the last Ice Age. He actually believed that the collection of fossilized bones belonged to a unicorn. Around five years after their discovery, Otto von Geuricke reconstructed the bones into the form in which they are represented today. Currently the unicorn is housed at the Museum für Naturkunde in Magdeburg, Germany. 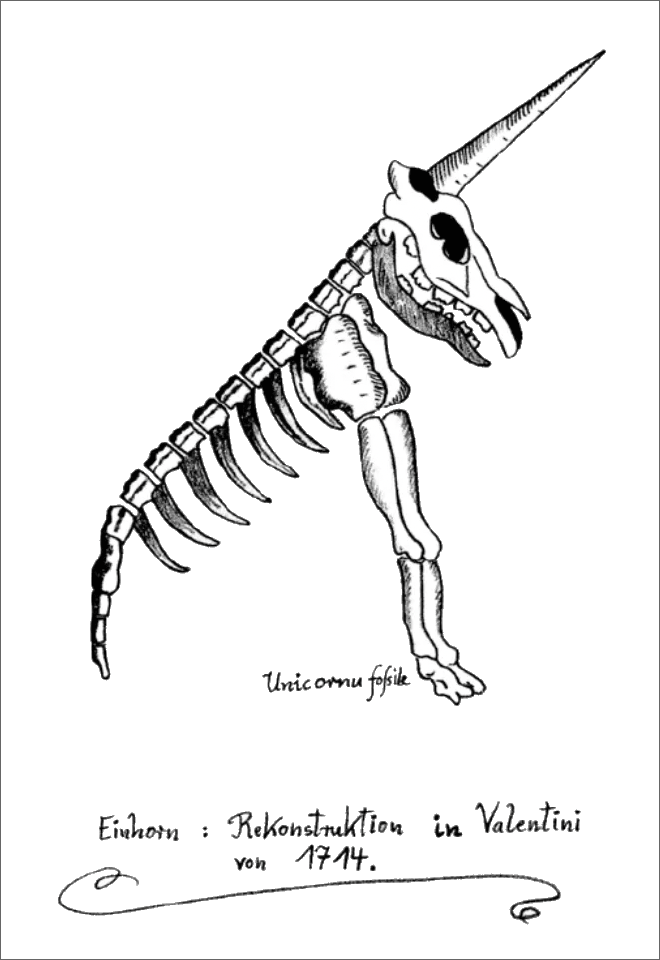 The horn is most probably the tusk from a narwhale, a medium-sized whale that lives in the Arctic waters around Greenland, Canada, and Russia. The left upper canine of the narwhale males form a spirally twisted, long tusk with a length up to more than 3 m (10 feet in freedom units of measurement). The skull of the unicorn looks like a fossil skull of a woolly rhinoceros and the shoulder blades and the bones of the two front legs are from the extinct woolly mammoth. 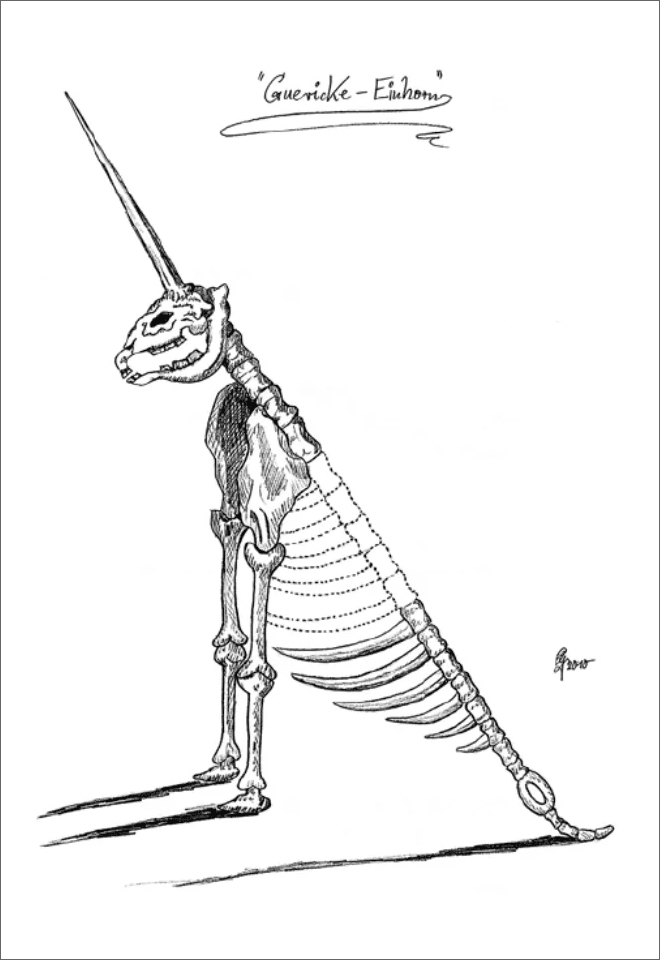 The unicorn, a mythical creature popularized in European folklore, has captivated the human imagination for over 2,000 years. For most of that time, well into the Middle Ages, people also believed them to be real. The roots of the unicorn myth date back at least as far as 400 BCE, when the Greek historian Ctesias first documented a unicorn-like animal in his writings on India. These early accounts describe the unicorn as ferocious, swift, and impossible to capture, with a magical horn capable of healing numerous ailments. During the Middle Ages, unicorn imagery and descriptions were commonly included in medieval bestiaries, and the unicorn became a popular motif in medieval art. Who knows, maybe even nowadays there are people who believe in unicorns. After all we have flat Earth believers, so why not unicorns?

The post The Magdeburg Unicorn: The Worst Fossil Reconstruction Ever first appeared on Sad and Useless Humor.